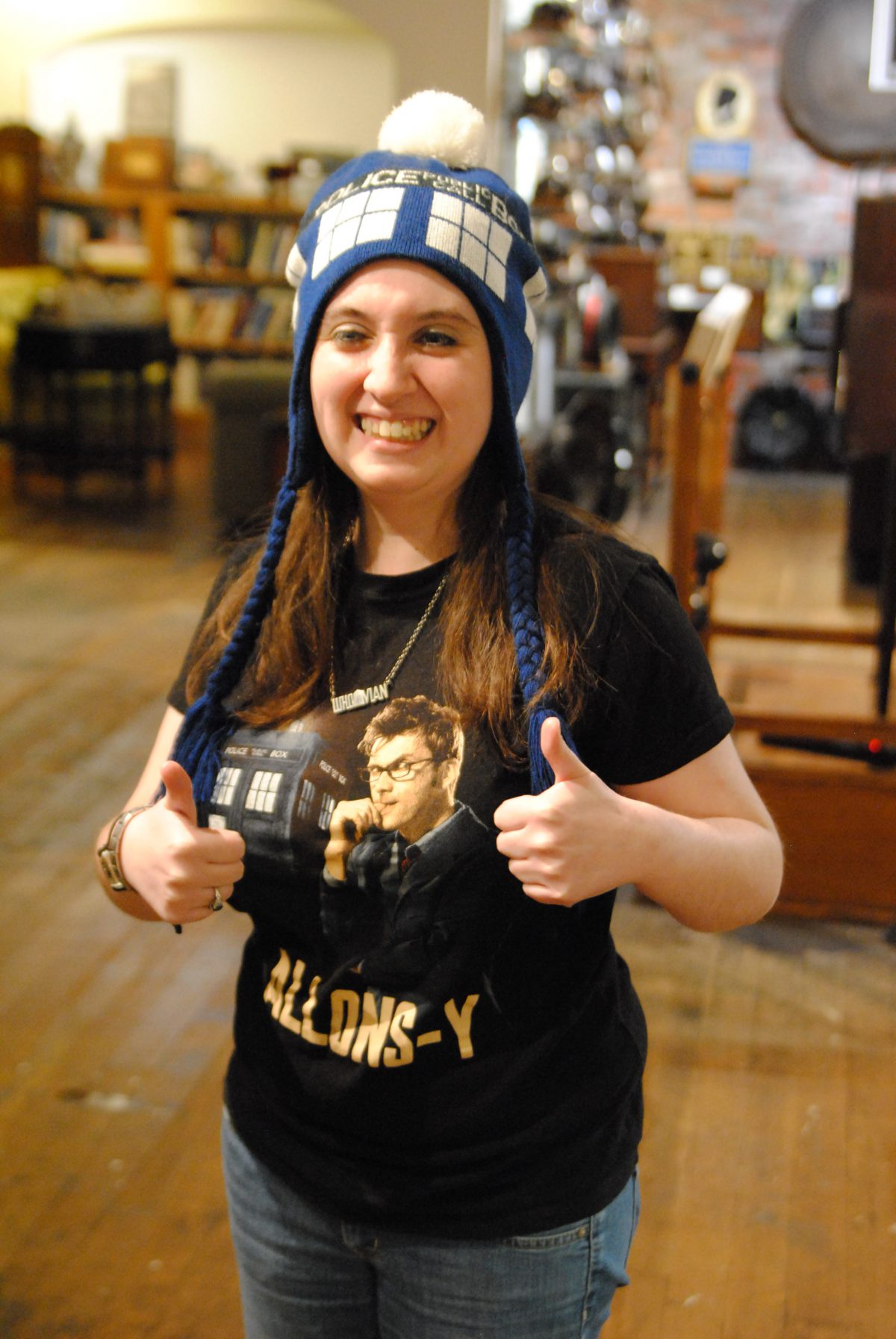 Doctor Who is a well-known Sci-Fi show that has been running for over 50 years. Its theme song is just as famous and has  its own unique history. The well-known eerie composition was originally composed by Ron Grainer in 1963. Since then it has been altered and remastered  almost as often as the doctor has regenerated. 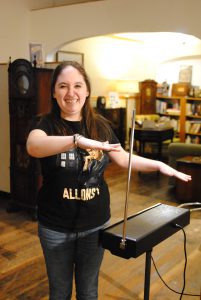 Amy, a true Doctor Who fan and Spark volunteer, plays with the Theremin showing off her Doctor Who t-shirt.

After Grainer composed the piece, he handed it off to Delia Derbyshire and the BBC Radiophonic Workshop. Derbyshire brought Grainer’s original composition to life and turned it into the  iconic masterpiece it is today. Derbyshire was a sound synthesist meaning she electronically created and altered sound to create stunning melodies that were far beyond her time. Electronic music had been around since the 20’s due to the Theremin and artists such as Clara Rockmore, but Derbyshire’s electronic arrangement broke the mold.

What is so phenomenal about Derbyshire’s original realization of the piece is the method used to create it.  This song came into being before even basic analog synthesizers were in use. The theme’s iconic four count bass line, “swooshing” movement, and eerie, gliding melody were produced by manipulating analog tape. Derbyshire and the technicians at the Radiophonic Workshop used white noise, plucked strings, played with oscillators and “wobulators” to create the notes and sounds you hear. Then the tapes were spliced together, speed up, slowed down to create something that resembled music.  Since they didn’t even have a two track player, The Team had to piece it together. Once the individual pieces were arranged, the team created the tracks on three separate tapes and combined them yelling “Ready, set, Go!” hitting  play on all three tracks at once. The process was complicated and time consuming but well worth the effort.

This song embodies something we celebrate here at Spark: Innovation. In the early 60s the BBC Radiophonic Workshop was a poorly funded department with outdated and primitive equipment. In fact much of their equipment was scrounged from other departments before it was discarded! Nevertheless, the team managed to create one of the most iconic themes to ever grace television and the history of electronic music. Derbyshir 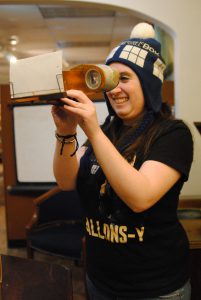 e and the Workshop set the tone for electronic music in the 20th century, and they did it with virtually nothing.

Derbyshire, who died in 2001, had degrees in both music and mathematics. She is inspirational for the  ingenious ways she combined her love of the sciences and arts and changed the way we interact with music and sound. May 5th of this year marked what would have been Delia’s 80th birthday and we still look up to her as an unsung hero of innovative women in the arts and sciences.