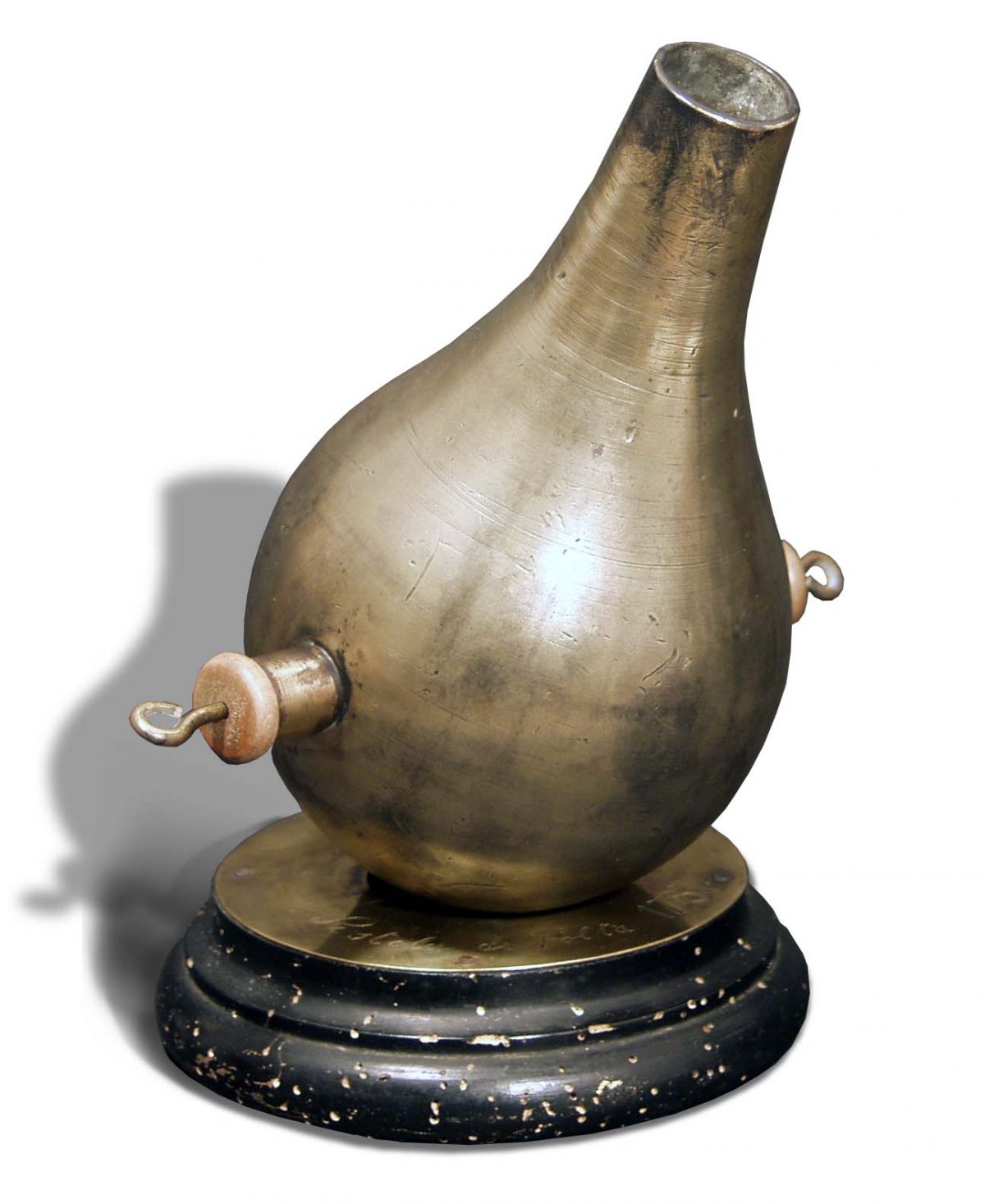 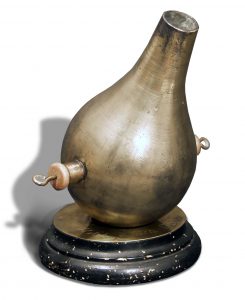 In the 1770’s, Alessandro Volta became interested in the characteristics of swamp gases. In order to test flammability he invented his cannon, also called a spark Eudiometer. He filled the cannon with methane gas or a mixture of hydrogen and oxygen, placing a cork in the top to keep the gas from escaping.  A small spark gap inside was used to ignite the mixture with a Leyden jar.

If the gas were flammable and the proportions right, it would explode when ignited. Volta’s early cannons were reportedly capable of sending a lead ball twenty feet, denting a wooden board.