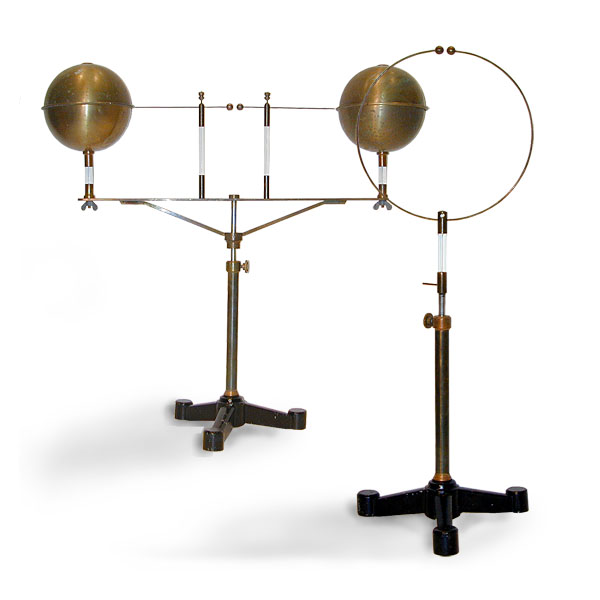 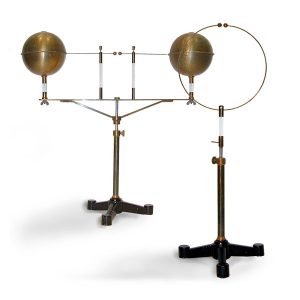 MICHAEL FARADAY was the first to propose the concept of an electromagnetic field – lines of force which spread out in all directions to fill space, and to affect matter within that space.

It was James Clerk Maxwell, however, who built the theoretical bridge from electricity to radio.  Intrigued by Faraday’s work,  Maxwell developed a set of equations to describe mathematically how a changing magnetic field produced an electric field (electrical induction).  He demonstrated that the opposite was also true, and that changing magnetic and electric fields in space produced electromagnetic waves. He showed how these waves traveled at the speed of light, and that in fact, light was just another form of electromagnetic wave. Maxwell presented his analysis in 1873, in the two volume books entitled “A Treatise on Electricity and Magnetism.”

Little progress toward radio was made until six years later when the Prussian Academy of science offered an award to “establish experimentally any relationship between electromagnetic forces and the dielectric polarization of insulators.” A bright young  professor of physics at the Engineering College in Karlsruhe, Germany, named Heinrich Hertz picked up the challenge and began a series of experiments.

Hertz used apparatus similar to that shown here.  The radiator on the facing page was connected to an induction coil, so that a continuous spark was present between the small brass spheres at the center of the apparatus.  The resonator (at right) was placed on a bench nearby.  During the course of his work, Hertz noticed that when the induction coil was activated, a small spark appeared in the resonator. Since the resonator had no physical connection to the induction coil or spark gap Hertz knew he was witnessing a new phenomenon.

Hertz thus confirmed Maxwell’s theory. Through a series of ingenious experiments he went on to confirm that these new phenomena were indeed waves, they traveled at the speed of light, and that the waves could be reflected, refracted and polarized, the same as light waves. He was also able to calculate their wavelength and frequency.

Hertz’s discovery led to a groundswell of interest by many people, including a young Italian named Guglielmo Marconi.