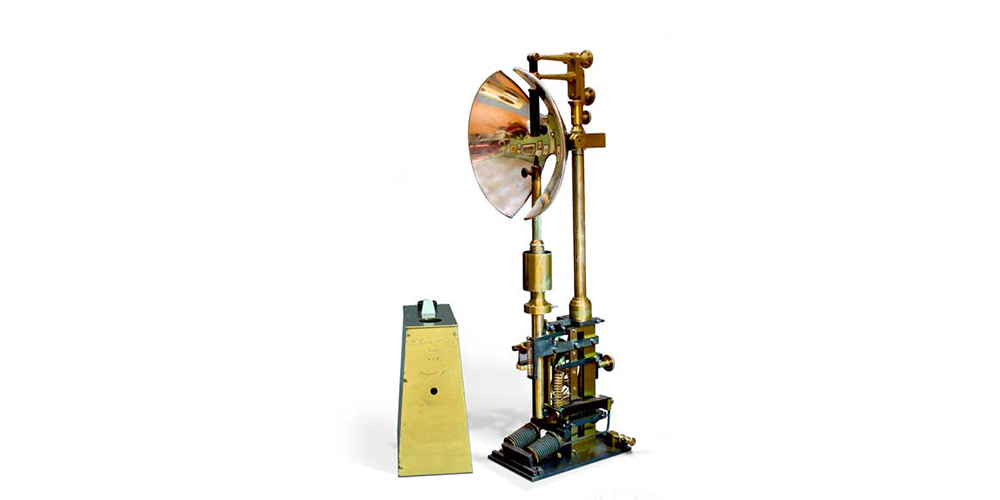 Back in the mid-1800s, the match revolutionized the use of artificial light. In homes and businesses at that time, oil lamps were the predominant source of light after sunset, but getting them lit was no simple task until the match arrived on the scene.

Before the match, however, a number of creative attempts were made to produce a portable and reusable lamp lighter.

One such attempt was the platinum sponge lighter, which suspended a small piece of platinum similar to steel wool in a glass enclosure. When hydrogen gas was allowed into the container, the platinum would spontaneously burst into flame, igniting the hydrogen and producing a small jet of flame. That flame was then transferred to a small alcohol lamp, and the hydrogen fire was extinguished. The alcohol lamp could then be carried throughout the building to light the oil lamps. Of course, as you might have guessed, the devices could be a bit finicky. Get the mix of hydrogen and air wrong, and… boom. That may be why it’s so hard to find examples of old hydrogen lamps nowadays.

While the widespread availability of the sulphur match made such lamp-lighting devices obsolete, another invention was gaining steam that aimed to put the oil lamp itself out of business.

The carbon arc lamp was invented in the early 1800s by Humphry Davy, a British chemist and inventor. The device worked by sending electrical current through two carbon electrodes separated by an air gap. The heat vaporized the carbon at the tips of the electrodes, producing a bright light. Over time, the carbon electrodes would burn down, requiring that the device be adjusted to maintain the proper gap.

Eventually (starting in the 1870s and continuing for a few decades thereafter), the arc lamp would be widely used to light streets and large buildings. But getting there would require overcoming some of the limitations of the device.

By the middle of the century, many people had outfitted arc lamps with electromagnetic regulators that would maintain the arc as the carbon electrodes burnt down. However, in order to start the arc, the carbon rods still had to be touched together briefly and then separated. Mechanisms to automate that process didn’t exist, so it needed to be done by hand. That was a big problem, especially when lamps were in hard-to-reach areas or when they went out after having been started.

Frenchman Victor Serrin designed the first self-starting and self-regulating arc lamp in the 1850s. The only known example of that device, built in 1857 by the great French instrument maker Louis Clement François Bréguet, is housed at SPARK Museum.

Serrin’s popular design was adopted as the main choice for French lighthouses, where it served for many years.

By the time Thomas Edison began working in earnest on his designs for the incandescent light bulb in the late 1870s, arc lighting had a stronghold on the market (thanks in large part to the invention of the dynamo, which is a topic for another day). The incandescent bulb would come to replace arc lighting, of course, but that is a story for another day. That story is best told by one of SPARK’s amazing docents while you gaze at the rarest of all Edison lamps — the one shown in Edison’s demonstration at Menlo Park on New Year’s Eve in 1879 — at SPARK Museum of Electrical Invention in Bellingham.