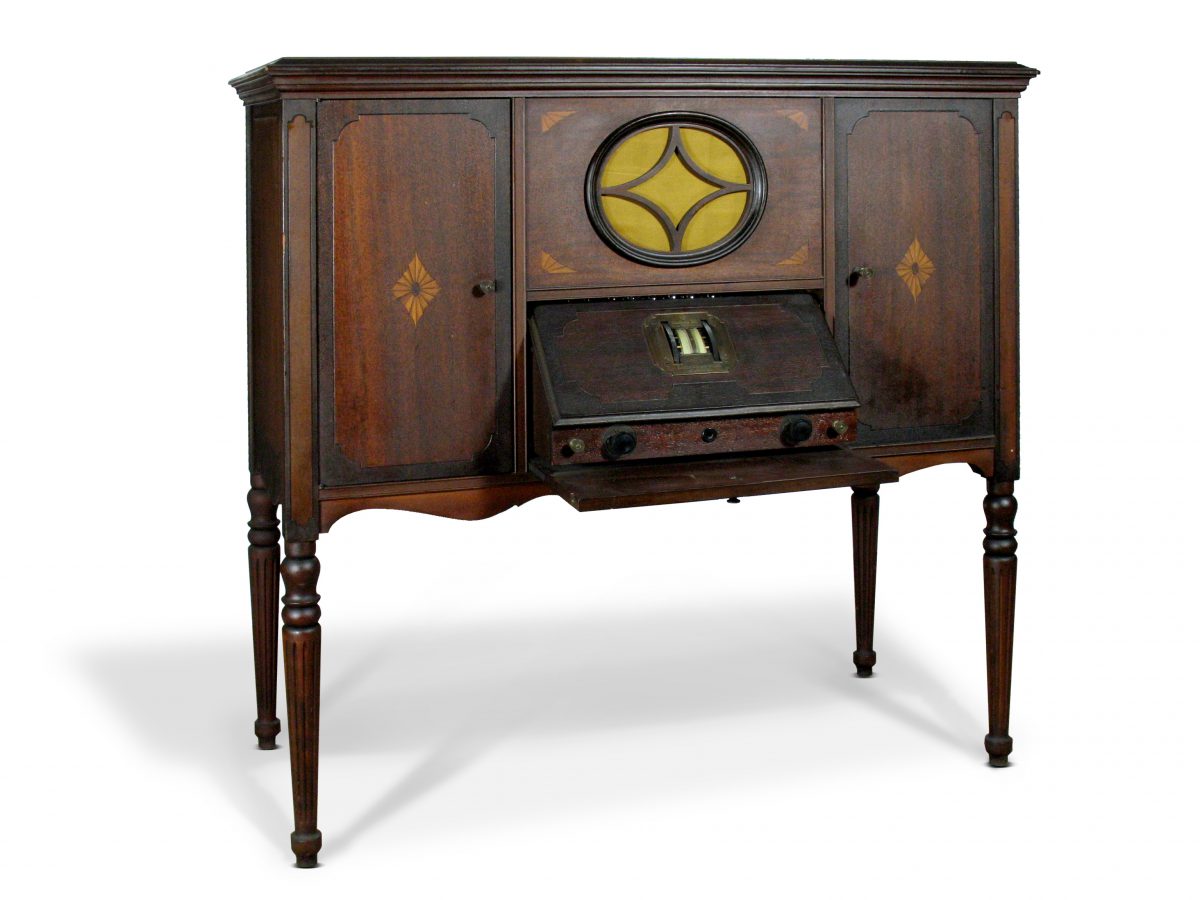 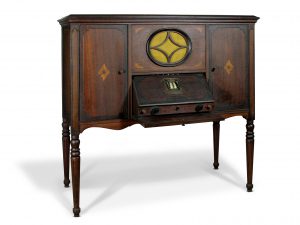 Prior to 1925, virtually all radio receivers operated from batteries. The invention of the A.C. rectifier tube made “plug in” radios possible and this one one of the first.

Console featuring inlaid marquetry woodwork with lower front fold-out dial panel including 4 tuning knobs. Superheterodyne receiver. The upper round cloth grille features 5 panel cut-outs and stands on 4 fluted legs. Selling for $575 complete, the Radiola 30 was the first AC-only radio offered by RCA, and one of the first AC powered radios sold in the United States. 8 tubes, no batteries. Period advertisements include: “It has reserve power, more than you will need” and “Takes no more care than an electric lamp.”