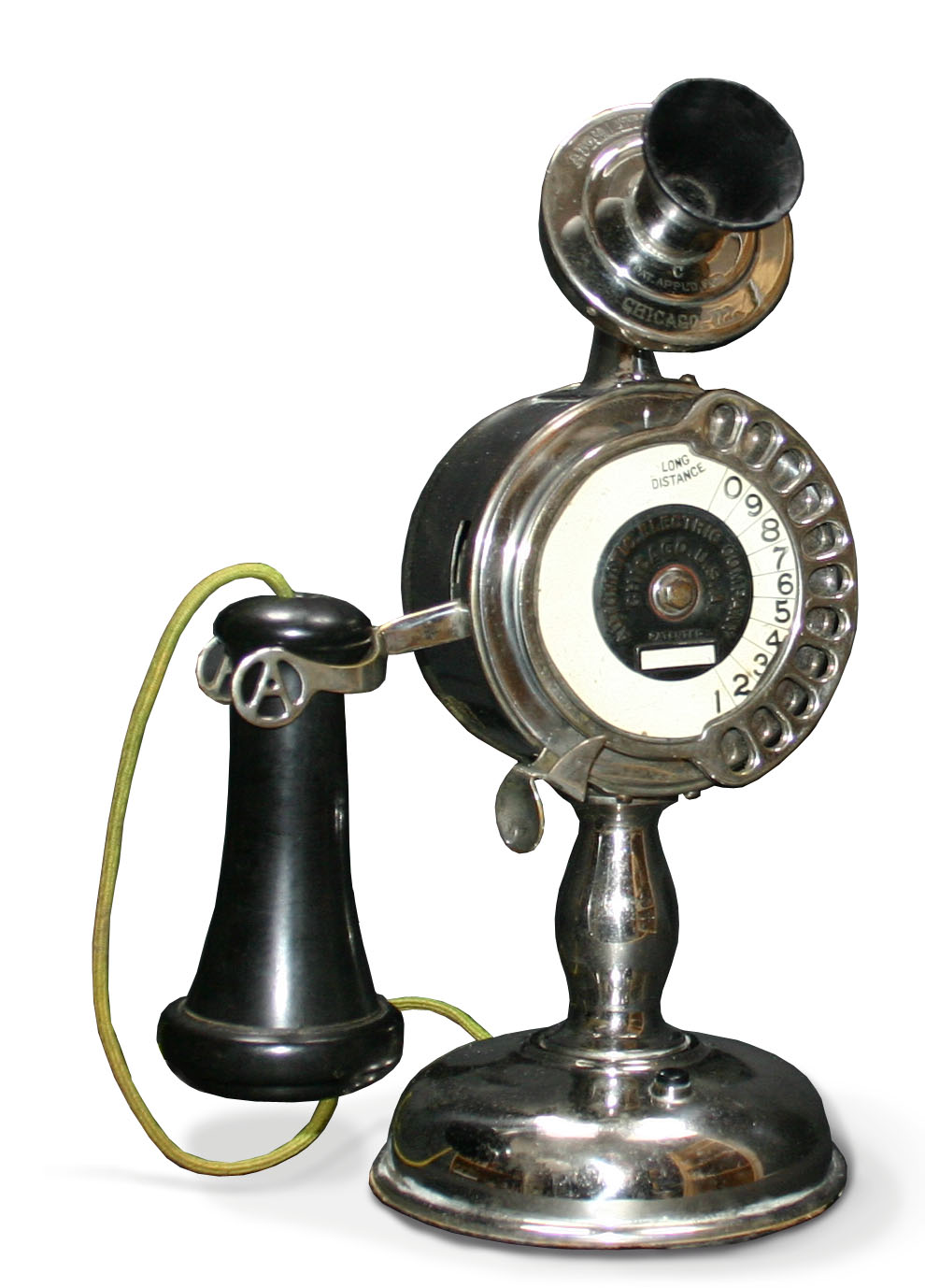 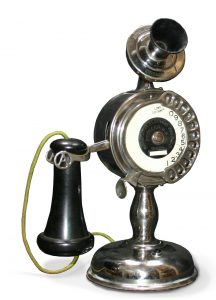 Strowger 11 digit Potbelly Dial Candlestick. This is the first dial telephone. The inventor, Almon Strowger, was an undertaker in Kansas City in the late 1800s. According to legend, the wife of his only competitor worked the switchboard at the local telephone exchange. Whenever a caller asked to be put through to Strowger, she would instead deliberately put the call through to her husband, his competitor. After spending years complaining to his local telephone company, Strowger found a way to solve this problem by developing the first automated telephone switch out of electromagnets and hat pins. When his system made its debut, Almon Strowger bragged that his exchanges were “girl-less, cuss-less, out-of-order-less, and wait-less.” American, c. 1905