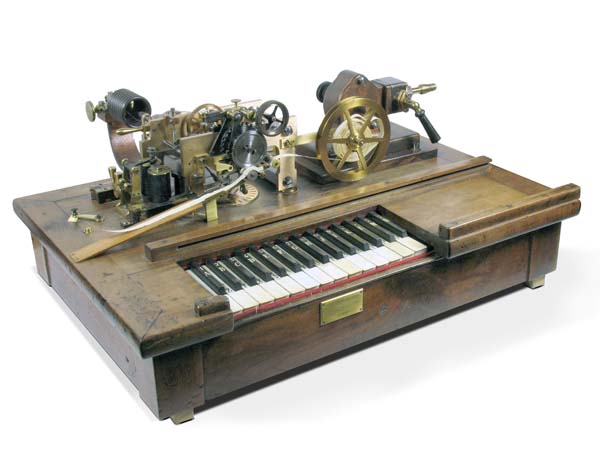 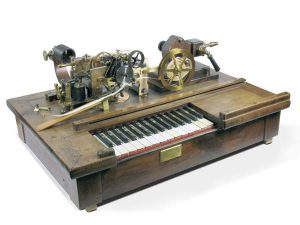 Probably the most technologically impressive of the early telegraphs were the printing telegraphs of Hughes, House, and others. These machines shared one advantage with the ABC telegraph – no codes were used. Instead, the operator at the sending station sat at a keyboard that resembled a piano, right down to the black and white keys. Each key on the “piano” represented a character of the alphabet which, when pressed, caused the corresponding character to be printed on a strip of paper at the receiving end.  Unfortunately, the Hughes system was even more subject to breakdown and synchronization problems than the ABC telegraph, and before long the elegantly simple Morse system won out.

Sometime before the last Hughes telegraph disappeared, American Christopher Latham Sholes visited a telegraph office and observed the Hughes keyboard in action. Inspired by the machine’s ability to print characters on paper, Sholes returned to his workshop and developed a similar but entirely different device. On June 23, 1868, Sholes was granted a U.S. patent for the typewriter.