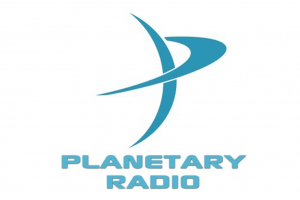 The Planetary Society’s travel show that takes you to the final frontier, featuring commentary by Society CEO Bill Nye the Science Guy.

Public radio’s only long format, weekly series devoted to space exploration and the scientists, engineers, astronauts and visionaries who lead it. Most episodes include an in-depth interview along with regular segments that incude:

Planetary Society CEO Bill Nye the Science Guy’s weekly commentaries…Emily Lakdawalla’s Snapshots From Space…What’s Up! (…in the night sky, with other fun and intriguing space info and a weekly contest.)

Several episodes each year are recorded live before an enthusiastic audience, often with live music. We also cover special space events, like the landing of the Curiosity Mars Rover, and take listeners to the places where scientists learn about the cosmos, like Chile’s Atacama Desert.

Every week, Planetary Radio visits with a scientist, engineer, astronaut, project manager, advocate, visionary or writer who can provide a unique perspective on the quest for knowledge about our solar system and beyond. We also showcase regular features that raise your space IQ while they put a smile on your face.

Each episode also includes an irreverent look at the current night sky with astronomer and Planetary Society Director of Projects Bruce Betts. These “What’s Up!” segments also include a Random Space Fact, This Week in Space History, and our popular weekly space trivia contest.