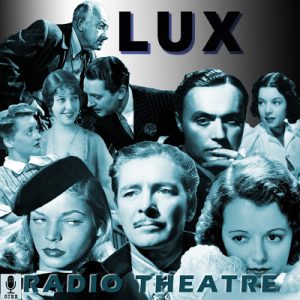 Lux Radio Theater, long-run classic radio anthology series, was broadcast on the NBC Blue Network (1934–35); CBS Radio (1935-54), and NBC Radio (1954–55). Initially, the series adapted Broadway plays[1] during its first two seasons before it began adapting films. These hour-long radio programs were performed live before studio audiences. The series became the most popular dramatic anthology series on radio, broadcast for more than 20 years and continued on television as the Lux Video Theatre through most of the 1950s. The primary sponsor of the show was Unilever through its Lux Soap brand.