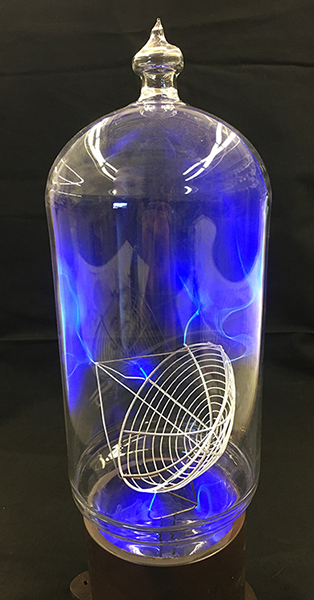 The Mesmer tube is named after the famous 18th century French physician Franze Mesmer. Mesmerism, considered the intellectual precurser of modern hypnosis, was the inspiration for the development of this slowly undulating tube that truly provides a hypnotic quality.

Wayne Strattman’s work in neon art and advanced forms of lighted glass sculpture encompasses over 30 years as an artist, researcher, teacher, advocate and author. Combining his background training in engineering with his love of sculpture and interest in the history of electricity—specifically those technologies using glass—Wayne not only taught himself the field without any formal glass training but also proceeded to pioneer many new techniques now intrinsic to his medium.

Through exploring and researching every aspect of the subject from glassblowing methods to the design of vacuum equipment, gauges and high voltage electronic power supplies, Wayne began creating and teaching neon art, including a two-semester course in scientific glassblowing at the Massachusetts Institute of Technology. In addition to teaching he wrote extensively for the neon art journal Sign of the Times, contributing over 100 articles and receiving the American Business Press editors’ Award for Technical Journalism. Wayne also published the textbook “Neon Techniques” which remains an industry standard. His work ultimately has ventured beyond conventional neon, advancing the current technologies through utilizing a number of his original patented lighting techniques.

Since 1983, Wayne’s Boston-based company Strattman Design has grown to become a global leader in crafting lighted glass forms and kinetic plasma sculpture for use in museum displays, a range of commercial products and many other creative applications worldwide. A fusion of glass, gas and electricity, many of Strattman’s creations synthesize figments of science fiction with technologies both antique and modern.

Wayne received the first and only PhD in Neon Art and Technology, by published papers from the UK University of Sunderland in 2008, for his many years of advocacy and advancement of this field. With a desire to foster the recognition of lighted glass sculpture—and encourage an ongoing engagement with the medium among emerging artists—Wayne has curated art exhibitions and supported the International Glass Art Society by serving on their Board of Directors and creating and endowing their “Critical Dialogue” lecture series that examines the relationship between today’s glass art practices and their place in the context of both historical and contemporary fine art. Wayne has taught at Pilchuck Glass School, Penland School of Craft, Corning Museum of Glass, UrbanGlass, Norfolk and the International Festival of Glass in the UK. In 2017 Wayne was honored as the recipient of the International Glass Art Society’s annual Lifetime Membership Award. 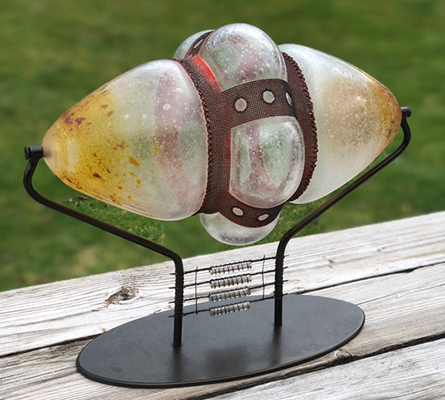 Allen has had numerous solo exhibitions of his sculptures throughout the country, including the Science Fiction Museum and Hall of Fame, The Museum of Northwest Art, and galleries such as the Traver Gallery, Blue Rain Gallery, and Thomas Riley Galleries. His work has been featured in numerous group shows both nationally and internationally. His sculpture has been acquired for a number of public and private collections, including Glass Museum in Tacoma, Toyoma Institute of Glass, Blue Origin, Boeing, Paul Allen, Jeff Bezos and Elon Musk.

His work has been featured in numerous art and sculpture publications such as American Craft, Glass, Art and Architecture. In 2018, he was awarded the Grand Artist of the Future Award from the Imagine Museum.

Together, he and his wife, Shelley, have taught internationally at the Toyama Institute of Glass in Toyama, Japan, and the International Glass Festival in Stourbridge, England, Nuutajarvi, Finland, and throughout the U.S. Together they share glass and sculpture studios and their home in Skagit Valley, Washington. 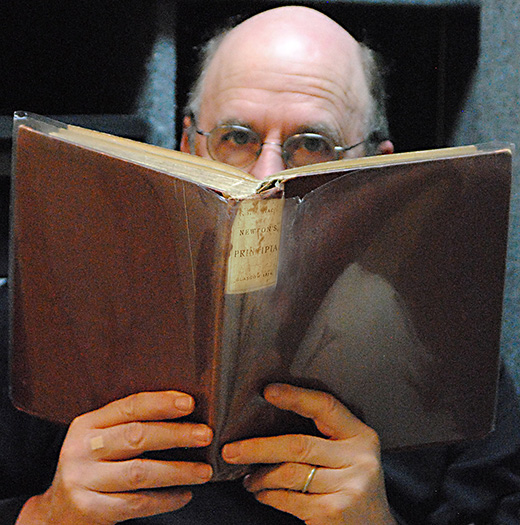 Travel in Time (Without the Jet Lag): An intimate encounter with the most important minds from the history of science and electricity

Your group of up to 12 people will spend an electrifying evening at SPARK Museum with Museum CEO and technology historian John Jenkins as he shares highlights from his collection of rare, first edition scientific books foundational to the history of electricity.

Fascinated by the thread that connects one discovery to another, John has assembled a collection of rare books and publications that constitute the very foundation on which the field of physics — and, in particular, the study of electricity — was built. Although many scholars spend a lifetime studying these amazing works, few ever have the opportunity to hold the original pages in their own hands. At this event, you will become one of the few of our generation to see and touch the works that kindled the first sparks of interest in electricity so many years ago and that now constitute some of the most influential works across the entire history of science.

The holy grail of this collection is Sir Issac Newton’s Principia, considered the most important book in the history of science. That should be enough, but this copy was owned by Sir William Thompson (Lord Kelvin) himself!

You'll also meet the amazing De Magnete, widely considered to be the second most important book in the history of science, and written in 1600 by William Gilbert, the physician to Queen Elizabeth I.

Another highlight is Benjamin Franklin’s 1751 Treatise on Electricity, in which you can trace the origins of the now infamous story about Franklin and his kite.

Once-in-a-lifetime opportunity to interact with some of the most important books in history including:

To be held on a mutually agreed upon date between the buyer and John Jenkins. 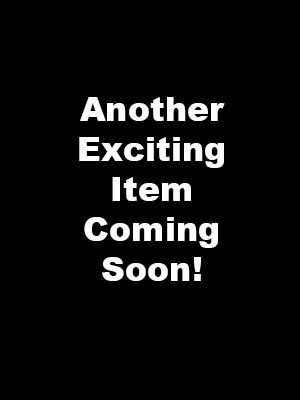