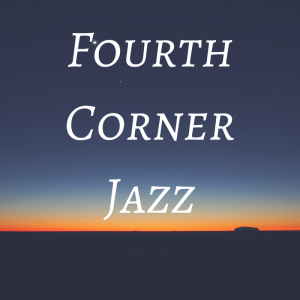 Put five Jazz musicians in a room and ask

the question: What is Jazz?” You’ll get at least six answers.

They, and we, could likely all agree that anything Duke Ellington composed can be classified as Jazz. But if one poses questions like, “What differs Ellington’s Three Black Kings from Claude Debussy’s Prelude to the Afternoon of a Faun?” – or “Why is Ben Sidran’s A Good Travel Agent” considered to be jazz, but Bob Dylan’s Desolation Road is generally considered to be Rock (though it could be argued that it is very early Rap as well)?” we begin to see the difficulty with any definition.

So, with what are we left? It’s clear that no one person’s definition of Jazz will be met with agreement by everyone. Therefore, your definition is just as valid as mine – which is: “The music I enjoy hearing and watching be made.”

And, of course, that really begs the question, doesn’t it?

Let’s back up a bit – are there components of the music upon which we can agree? I would suggest there is at least one: ‘improvisation’. It seems likely that those five Jazz musicians I mentioned above would agree on that.

One of the linchpins of jazz is improvisation. So, it’s like instant composition, creating problems for yourself while you’re playing – and having to solve them – while you’re playing. It amazes me to be able to grab a handful of notes out of thin air and make something of it. To me improvising is .. is .. I love it; just to be able to tell a story, to project an emotion, to reach out to somebody. I think that’s the most important thing, to be able to reach out and touch somebody. If you can do that, I think you’ve accomplished something.

While defining improvisation may be as difficult as defining Jazz, we all recognize it when we hear it.

Improvisation, perhaps more than anything else is what draws me to Jazz – particularly live performances. Next time you find yourself at a Jazz gig, watch the interplay between the musicians – it’s magic.