This October, the SPARK Museum is thrilled to be a Presenting Sponsor for five films in the Doctober lineup at the Pickford Film Center! Every October the Pickford Film Center presents Doctober, a month long event during which they present a diverse range of fascinating documentaries. This year, with over 50 documentaries in their lineup there truly is something for everyone!

Doctober is a wonderful event that gives the community an opportunity to come together, ask important questions, and engage with the world through the medium of film. SPARK is excited to join in that conversation this year, and encourage scientific experiences for everyone this October!

SPARK and Pickford are partnering up to bring you a ticket exchange!  Take your SPARK admission ticket into Pickford to receive free admission to a Rocket Sci-Fi Matinee or a Family Matinee!  If you attend any of the following films during Doctober, bring your ticket stub to SPARK and get half off regular admission to the Museum! This exchange is valid through the end of the year!

Launched in August 1977, Voyager has defied all the odds, survived countless near misses and almost 40 years later continues to beam revolutionary information across unimaginable distances with less computing power than a modern hearing aid.

Bill Nye is on a mission. Can Bill show the world why science matters in a culture increasingly indifferent to evidence?

Google’s DeepMind artificial intelligence team creates a program that can play Go, the ancient Chinese board game that’s considered to be the most complicated game on Earth. To test the skills of the Deepmind AI, a competition is held against Lee Sedol, the world’s most successful Go champion. This documentary focuses on preparations for the tournament, a high-stakes faceoff between man and machine. 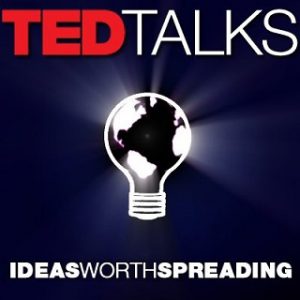 TED Talks: Science and Wonder asks, how do we make sense of the universe around us, as some of the brightest scientific and artistic minds take us on a journey to answer the riddles of the universe that keep scientists awake at night. 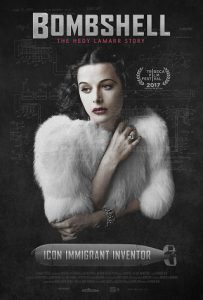 When Nazi U-Boats torpedo a ship carrying 83 school children during World War II, Hollywood movie star, Hedy Lamarr, decides to exact revenge. At night, after shooting her scenes on set, she works on a secret radio system that will allow the Allies to torpedo Nazi U-Boats with deadly accuracy. Her sketches remain ideas until a chance encounter with an eccentric composer enables her to transform them into useful technology.  Hedy Lamarr invented a wireless form of communication called “frequency hopping” that revolutionized mobile communications all over the world, a feat that would directly lead to the creation of secure communications for wireless phones, Bluetooth, GPS and WiFi technology itself.

The Pickford Film Center and SPARK have a long standing friendship and we are so excited to partner with them in this new way this year! Our hope with this ticket exchange is to help spark more discussions about Science and introduce as many people as possible to the wonderful world of discovery, innovation, and film. We hope you will join us in this effort and enjoy yourselves in the process!

For any questions about the ticket exchange, please contact SPARK or the Pickford Film Center. For a complete Doctober lineup and showtimes visit  www.pickfordfilmcenter.org/doctober.