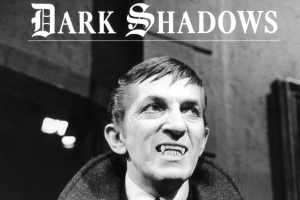 Perhaps one of ABC’s first truly popular daytime shows, along with the game show Let’s Make a Deal, Dark Shadows found its demographic niche in teenagers coming home from school in time to watch the show at 4 p.m. Eastern / 3 p.m. Central, where it aired for almost all of its network run.  It became one of ABC’s first daytime shows to actually win its timeslot, leading to the demise of NBC’s original Match Game and Art Linkletter’s long-running House Party on CBS, both in 1969.

The series was also broadcast on radio during this time, and  reached its peak in popularity during a storyline set in the year 1897, broadcast from March 1969. By the end of May, Dark Shadows was ABC’s most popular soap opera, and by late 1969 it was reaching nearly 20,000,000 viewers (although more accurate records place the show having between 7 and 9 million viewers, and ranking 11th out of a total 15 daytime dramas in that time period).[5][6] In November 1969, after nine months of some of Dark Shadows’ most intricate, intelligent storylines, an end came to the adventures in 1897.